The Dark Face of Jewish Nationalism

"Redress"-Israeli Prime Minister Binyamin Netanyahu once remarked to a Likud gathering that "Israel is not like other countries". Oddly enough for him, that time he was telling the truth, and nowhere is that more evident than with Jewish nationalism, whether or not one pins the "Zionist" label on it.

Nationalism in most countries and cultures can have both positive and negative aspects, unifying a people and sometimes leading them against their neighbours. Extremism can emerge, and often has, at least in part in almost every nationalist/independence movement I can recall (e.g. the French nationalist movement had The Terror, Kenya's had the Mau Mau, etc.).

The now iconic staged photo of Omran Daqneesh is being peddled by every news source around as proof positive Obama has to step up his military aggression in Syria in order to stop atrocities like this from happening again.

I’m sure that makes the man who took the photo very happy. His name is Mahmoud Raslan and thanks to Walid on Twitter, we now know he has a long history of filming little injured boys. He also likes to hang out with the Zinki terrorists who harm them.

Mahmoud Raslan, who had taken some of the video and photographs of Omran, said in an interview that the boy lived with his mother, father and three siblings, and that they were all injured. New York Times

This is Mahmoud Raslan with a couple of his friends notice he wears the same headband they do in a couple images. That’s so in the fog of terrorism, the animals know friend from foe. 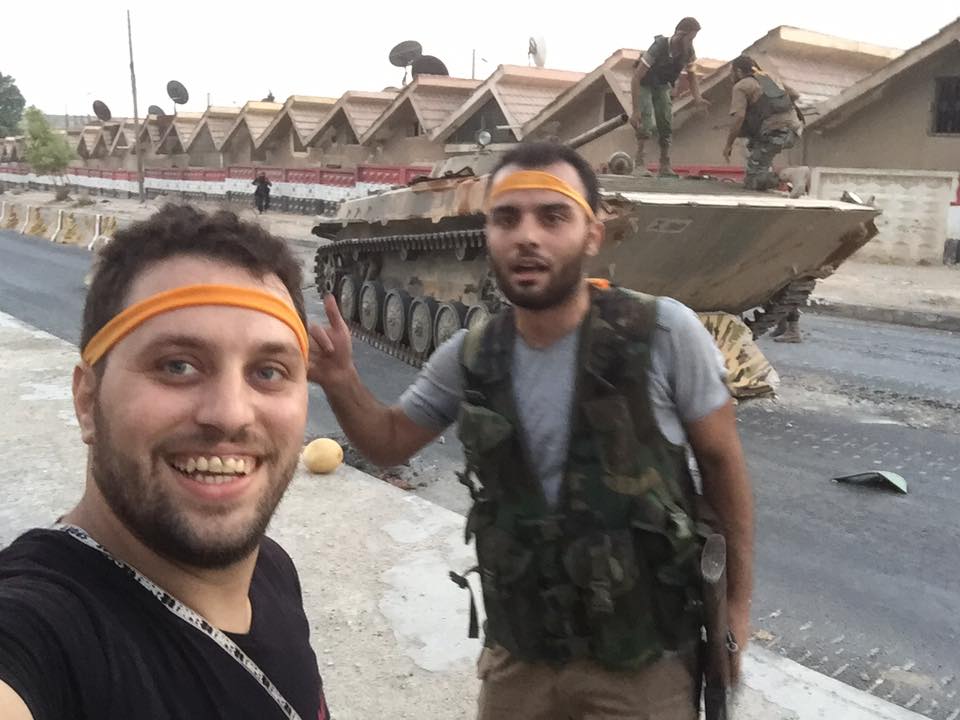 A boy, seemingly wounded, sits quietly in a brand new, very well equipped ambulance. At a point he touches what looks like a wound on his left temple. He shows no reaction to that touch. All spectacular “left-wing” terror during the Cold War was by Operation Gladio; today, almost all “Islamic terror” is by Gladio B

In a time of the greatest media saturation ever and in a time when 96% of the media is in the hands of six corporations that are all Zionist, Jewish owned, it stands to reason that fabricated lies are the order of the day and the truth lies beaten, bleeding and alone in a dark alley. It has gotten to the point that you can assume that most everything you hear from these sources are lies, designed to support their world domination agenda. The common mind is relentlessly seduced day after day and official terms of definition are given to all of the members of the small minority, who refute the lies that are being told. Anytime someone stands up and expresses what is OBSERVABLY true, they are slandered by the status quo and called 'truthers' or anti-Semites, or something else.