Saudi Arabia and its allies have issued a threatening 13-point ultimatum to Qatar as the price for lifting a two-week trade and diplomatic embargo of the country, in a marked escalation of the Gulf’s worst diplomatic dispute in decades.

The onerous list of demands includes stipulations that Doha close the broadcaster al-Jazeera, drastically scale back cooperation with Iran, remove Turkish troops from Qatar’s soil, end contact with groups such as the Muslim Brotherhood and submit to monthly external compliance checks. Qatar has been given 10 days to comply with the demands or face unspecified consequences.

Saudi Arabia and the other nations leading the blockade – the United Arab Emirates, Bahrain and Egypt – launched an economic and diplomatic blockade on the energy-rich country a fortnight ago, initially claiming the Qatari royal family had licensed the funding of terrorism across the Middle East for decades. Since then, the allies appear to be pushing for the isolation of Iran and the suppression of dissenting media in the region.

The list of demands, relayed to Qatar via mediators from Kuwait, represents the first time Saudi Arabia has been prepared to put the bloc’s previously amorphous grievances in writing. Their sweeping nature would, if accepted, represent an effective end to Qatar’s independent foreign policy. According to one of the points, Qatar would have to “align itself with other Arabs and the Gulf, militarily, politically, socially and economically, as well as in financial matters”.

The UAE’s foreign secretary, Anwar Gargash, insisted the anti-Qatar alliance is not seeking to impose regime change. Nevertheless, it is unlikely that Qatar will see the demands as the basis for serious negotiations.

Qatar has become reliant on Turkey and Iran for food imports since the embargo was imposed on 5 June and insists with its huge wealth it can survive the embargo for an indefinite period.

Gargash blamed Qatar for the “childish” leak of its 13 demands and called it either an “attempt to undermine serious mediation or yet another sign of callous policy.

“It would be wiser that [Qatar] deal seriously with the demands and concerns of the neighbours or a divorce will take place,” he said.

Qatar faces a choice of either stability and prosperity or isolation, he said, adding: “Perhaps the solution is in parting ways.”

In a sign that the UK does not regard the demands as reasonable, foreign secretary Boris Johnson said on Friday: “Gulf unity can only be restored when all countries involved are willing to discuss terms that are measured and realistic.

“The UK calls upon the Gulf states to find a way of de-escalating the situation and lifting the current embargo and restrictions which are having an impact on the everyday lives of people in the region.”

US policy towards Qatar so far has been marked by confusion. President Donald Trump has appeared to take credit for the Saudi embargo and described Qatar as a haven for terrorism. By contrast, the State Department under Rex Tillerson has twice upbraided Saudi Arabia’s approach to Qatar and questioned its true motives in sparking the diplomatic crisis.

In recent days the State Department has been pressing Saudi to specify the actions Qatar must take to see the embargo lifted, but warned that those demands need to be “reasonable and actionable”. 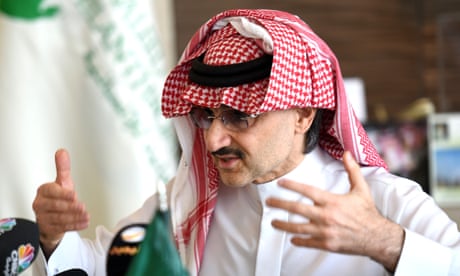 Qatar diplomatic crisis: what are Trump's financial links to the region?

On Friday a White House spokesman told the Guardian: “The United States is still accessing the list and we are in communication with all parties. As we have said, we want to see the parties resolve this dispute and restore unity among our partners in the region, while ensuring all countries are stopping funding for terrorist groups.”

The State Department spokesperson also declined to take a position on the specific Saudi demands, focusing instead on the need for the involved parties to resolve the dispute themselves through dialogue.

“We understand the Kuwaitis, in their mediation capacity, have delivered a list of demands to the Qataris,” a spokesperson said. “We encourage all parties to exercise restraint to allow for productive, diplomatic discussions.”

The US has a major military base in Qatar and risks seeing Qatar forced into an alliance with Iran if its enforced isolation continues, an outcome that would be a major strategic blow to Washington as well as a further threat to the security of the region.

Qatar’s UN ambassador, Sheikha Alya Ahmed bin Saif al-Thani, said the allegations that her country supports terrorism are “sabotaging our relationship with the world, with the west, tarnishing our reputation in a way by using the terrorism card”.

She said: “The blockade they have imposed is illegal. They used the terrorism card as a way of attracting attention. But the main objectives are more about criticising our media, al-Jazeera, and our openness.”

Al-Thani added: “We are small, but we have integrity.” She said on US broadcaster CBS that she believed the Saudi positioning was softening, but not that of the UAE. She hopes for a resolution but fears a prolonged chill: “They continue to escalate even though both Kuwait and the United States are playing an important role. We are confident of the US position toward the blockade.”

Al-Jazeera has condemned the call for its closure as “nothing but an attempt to end freedom of expression in the region, and suppress the right to information”.

Rachael Jolley, the editor of Index on Censorship, said: “From its treatment of blogger Raif Badawi to its tightly controlled media environment, the Saudi authorities must not be able to dictate access to information for the public in other countries. Al-Jazeera must not be used as a bargaining chip.”

But the Saudi-led alliance regards the Arabic wing of al-Jazeera, the most widely watched broadcaster in the Arab world, as a propaganda tool for Islamists that also undermines support for their governments. The list of demands also called for other Doha-supported news outlets to be shut, including the New Arab and Middle East Eye.

Other key demands mapped out by Saudi include Qatar severing all ties with terrorist groups, specifically the Muslim Brotherhood, Islamic State, al-Qaida and Lebanon’s Hezbollah. The ultimatum calls for the handing over of designated terrorists and other individuals by Saudi Arabia, the UAE, Egypt and Bahrain. All contacts with the political opposition inside Saudi Arabia, Egypt and Bahrain would have to be halted with all files handed over that detail Qatar’s prior contacts with, and support for, opposition groups.

Qatar’s links with Iran, Saudi Arabia’s main adversary, would have to be confined only to trade allowed under the international sanctions regime and approved by the Gulf Co-operation Council.

Cutting ties to Iran would prove incredibly difficult – Qatar shares with Iran a massive offshore natural gas field, which supplies the small nation that will host the 2022 Fifa World Cup with much of its wealth. 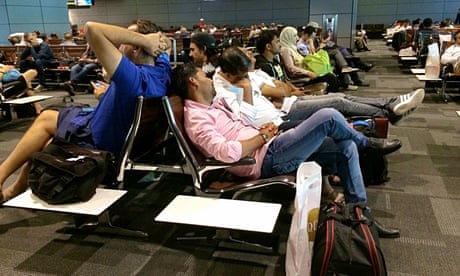 Human cost of the Qatar crisis: 'families are being torn apart'

Qatar insists it does not fund terrorists, and has previously said that the embargo is a punishment for following an independent foreign policy more sympathetic to the principles of the Arab spring than that of its neighbours.

Qatar would also be required to accept monthly external audits after agreeing to the demands, then once per quarter during the second year. It would also have to agree to be monitored annually for compliance for 10 years.

Turkey’s defence minister rejected suggestions that Doha should review its military base in Qatar and said demands for its closure represent interference in Ankara’s relations with the Gulf state.

Speaking on Thursday, before the 13 demands were tabled, Qatar’s foreign minister, Sheikh Mohammed bin Abdulrahman al-Thani, said his country had always abided by international laws and played a key role in the international coalition fighting Isis.

The 13 demands in full