Deprecated: Array and string offset access syntax with curly braces is deprecated in /home/lybs0cinwsl2/public_html/att/libraries/vendor/joomla/string/src/phputf8/utils/validation.php on line 40
 So, why are we so loyal to a president who is not loyal to us?


So, why are we so loyal to a president who is not loyal to us?

Editors Note: The Jews consider him to be the first Jewish president. He is more loyal to Israel than he is to anything else. Under his administration more Zionists has held positions in government than any other administration in history. He boasts about this boldly telling Jews that "My administration has done more than any other to support Israel". Would he ever say anything like that to African Americans? He as well as his Jewish masters know where his loyalty really lie.

Kevin Johnson was pilloried for suggesting Obama has not been good for African Americans. But his question was a good one! 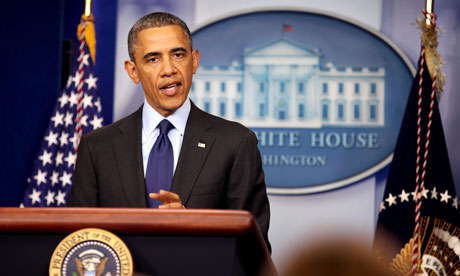 ‘There is little correlation between the presence of black faces in high places and progress in the lives of black Americans.'

Back when affirmative action was white, educational institutions were created for African Americans who were barred from admission elsewhere. Historically Black Colleges and Universities (HBCUs) became the breeding grounds for the "talented tenth" – the elite class groomed to lead black America. Towards the end of the last century HBCUs had produced 75% of black PhDs, 85% of black doctors and 80% of black federal judges. Among the most prestigious was Morehouse, in Atlanta, which counts Martin Luther King, Samuel Jackson and Spike Lee among its alumni.

Later this month, Barack Obama will deliver the keynote address at Morehouse's graduation ceremony. Another invited speaker was Morehouse alumnus Kevin Johnson, a prominent Philadelphia pastor. Then Johnson, an ardent Obama supporter during both presidential runs, wrote an article criticising the president for failing to appoint enough black cabinet members and to address the needs of African Americans in general. "Obama has not moved African-American leadership forward but backwards," he wrote. "We are not in the driver's seat – or even in the car … Why are we so loyal to a president who is not loyal to us?"

Shortly afterwards his speaker's slot was removed. Instead of addressing the students alone, the day before Obama, he will now be one of a three-person panel curated "to reflect a broader and more inclusive range of viewpoints".

Evidently, whatever they'll be celebrating at this graduation at Morehouse, it won't be critical thinking. And that's a shame. Because that's precisely what black America could do with more of at a time when the quest for greater black representation has been almost completely divorced from improving the material conditions of black people as a whole.

The brouhaha at Morehouse illustrates the degree to which space for this conversation within America's black communities has shrunk under Obama. "Too many black intellectuals have given up the hard work of thinking carefully in public about the crisis facing black America," said Princeton professor Eddie Glaude. "We have either become cheerleaders for President Obama or self-serving pundits." Hardly surprising when that "hard work" risks the backlash Johnson received. "I have friends," says Virginia state delegate Onzlee Ware, "who say I'm a traitor if I bring [Obama's shortcomings] up as an intellectual conversation."

This is partly a defensive response to the overt racism and disrespectthat Obama has received, particularly (though not exclusively) from the right. But increasingly it feels more like a preference for mythology over meaningful engagement lest the symbolic importance of who Obama is – the first black president – be tainted by a substantial conversation about what he actually does. Yet the longer his presidency goes on, the more urgent those questions become.

For Johnson is right on two counts. First, Obama's second-term cabinet will probably have fewer black members than his first and those of either George W Bush or Bill Clinton. Meanwhile, there are the same number of black governors and Congressmen and one less elected senator than in 2008. "For all of the euphoria about the election of Barack Obama in black America, his election has not had coat-tails," said talk-show host Tavis Smiley.

Second, African Americans, as a group, are far worse off now than when Obama was elected and the wealth gap between whites and blacks has grown since the recession. Between 2007 and 2010 black families' wealth decreased by 31%; for white families it was 11%. "[The racial wealth gap] was already dismal," Darrick Hamilton, a New School professor, told the New York Times. "It got even worse."

You can argue about the degree to which the relationship between Obama's presidency and that reality is causal. But you can't contest that it is factual. Obama's meteoric rise has coincided with black America's precipitous economic descent.

One reason why having that conversation is so difficult is because black people have rarely been more upbeat. They are considerably more optimistic than whites, presumably because the percentage in 2010 who thought black people were better off than they were five years earlier doubled, and a significant proportion think the standard of living gap between whites and blacks is actually narrowing. That optimism appears to be directly related to Obama's presidency. In 2011 African Americans were twice as likely to think race relations had got better as a result of his election than that they had deteriorated while 64% thought they would get "a lot better or a little better" in the years ahead. A third believe his election has been "the most important advance in terms of progress for blacks" in the past century.

So black Americans feel better even as they fare worse. Unravelling that contradiction demands more and deeper debate, not less. For while Johnson identifies part of the problem, his proposed solution is inadequate. Clinton's diverse cabinet coincided with a sharp increase in the black prison population and the slashing of welfare; Bush's diverse cabinet oversaw hurricane Katrina and the economic slump. Clearly, there is precious little correlation between the presence of black faces in high places and progress in black Americans' lives.

One shouldn't dismiss black representation as irrelevant or insist that symbolism is not important. But we shouldn't fetishise them either. For in themselves they are worse than meaningless without a discussion aboutwhat that representation is for and what those symbols mean.

It isn't that black Americans are entitled to special consideration because the president is black. Quite the opposite. They should demand of him what they would and have done of any president – greater equality and social justice. Only more so, because they gave him a greater percentage of their votes than any other group or to any other president. The "talented tenth" is barely worthy of the adjective unless it makes space for these debates or its progress is in some way related to the remaining 90%.

As Arundhati Roy explained in her essay Do Turkeys Like Thanksgiving, in which she referred to the presidential pardoning of a single turkey during Thanksgiving: "A few carefully bred turkeys … the occasional Colin Powell or Condoleezza Rice … are given absolution and a pass to Frying Pan Park. The remaining millions lose their jobs, are evicted from their homes, have their water and electricity connections cut, and die of Aids. Basically, they're for the pot … who can say that turkeys are against Thanksgiving? They participate in it!"

What difference does it make if a few make it through the glass ceiling if millions are still confined to the basement?