Who Controls The Media?
Warning: "continue" targeting switch is equivalent to "break". Did you mean to use "continue 2"? in /home/lybs0cinwsl2/public_html/att/templates/att2017a/functions.php on line 199

Exclusive: The New York Times continues its slide into becoming little more than a neocon propaganda sheet as it followed the Washington Post in publishing an op-ed advocating the unprovoked bombing of Iran, reports Robert Parry.

If two major newspapers in, say, Russia published major articles openly advocating the unprovoked bombing of a country, say, Israel, the U.S. government and news media would be aflame with denunciations about “aggression,” “criminality,” “madness,” and “behavior not fitting the Twenty-first Century.”

But when the newspapers are American – the New York Times and the Washington Post – and the target country is Iran, no one in the U.S. government and media bats an eye. These inflammatory articles – these incitements to murder and violation of international law – are considered just normal discussion in the Land of Exceptionalism. 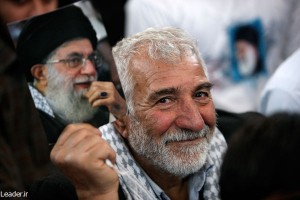 On Thursday, the New York Times printed an op-ed that urged the bombing of Iran as an alternative to reaching a diplomatic agreement that would sharply curtail Iran’s nuclear program and ensure that it was used only for peaceful purposes. The Post published a similar “we-must-bomb-Iran” op-ed two weeks ago.

The Times’ article by John Bolton, a neocon scholar from the American Enterprise Institute, was entitled “To Stop Iran’s Bomb, Bomb Iran.” It followed the Post’s op-ed by Joshua Muravchik, formerly at AEI and now a fellow at the neocon-dominated School of Advanced International Studies at Johns Hopkins. [For more on that piece, see Consortiumnews.com’s “Neocon Admits Plan to Bomb Iran.”]

Both articles called on the United States to mount a sustained bombing campaign against Iran to destroy its nuclear facilities and to promote “regime change” in Tehran. Ironically, these “scholars” rationalized their calls for unprovoked aggression against Iran under the theory that Iran is an aggressive state, although Iran has not invaded another country for centuries.

Bolton, who served as President George W. Bush’s ambassador to the United Nations, based his call for war on the possibility that if Iran did develop a nuclear bomb – which Iran denies seeking and which the U.S. intelligence community agrees Iran is not building – such a hypothetical event could touch off an arms race in the Middle East.

Curiously, Bolton acknowledged that Israel already has developed an undeclared nuclear weapons arsenal outside international controls, but he didn’t call for bombing Israel. He wrote blithely that “Ironically perhaps, Israel’s nuclear weapons have not triggered an arms race. Other states in the region understood — even if they couldn’t admit it publicly — that Israel’s nukes were intended as a deterrent, not as an offensive measure.”

How Bolton manages to read the minds of Israel’s neighbors who have been at the receiving end of Israeli invasions and other cross-border attacks is not explained. Nor does he address the possibility that Israel’s possession of some 200 nuclear bombs might be at the back of the minds of Iran’s leaders if they do press ahead for a nuclear weapon.

Nor does Bolton explain his assumption that if Iran were to build one or two bombs that it would use them aggressively, rather than hold them as a deterrent. He simply asserts: “Iran is a different story. Extensive progress in uranium enrichment and plutonium reprocessing reveal its ambitions.”

Pulling Back on Refinement

But is that correct? In its refinement of uranium, Iran has not progressed toward the level required for a nuclear weapon since its 2013 interim agreement with the global powers known as “the p-5 plus one” – for the permanent members of the UN Security Council plus Germany. Instead, Iran has dialed back the level of refinement to below 5 percent (what’s needed for generating electricity) from its earlier level of 20 percent (needed for medical research) — compared with the 90-plus percent purity to build a nuclear weapon.

In other words, rather than challenging the “red line” of uranium refinement that Israeli Prime Minister Benjamin Netanyahu drew during a United Nations speech in 2012, the Iranians have gone in the opposite direction – and they have agreed to continue those constraints if a permanent agreement is reached with the p-5-plus-1.

However, instead of supporting such an agreement, American neocons – echoing Israeli hardliners – are demanding war, followed by U.S. subversion of Iran’s government through the financing of an internal opposition for a coup or a “colored revolution.”

Bolton wrote: “An attack need not destroy all of Iran’s nuclear infrastructure, but by breaking key links in the nuclear-fuel cycle, it could set back its program by three to five years. The United States could do a thorough job of destruction, but Israel alone can do what’s necessary. Such action should be combined with vigorous American support for Iran’s opposition, aimed at regime change in Tehran.”

But one should remember that neocon schemes – drawn up at their think tanks and laid out on op-ed pages – don’t always unfold as planned. Since the 1990s, the neocons have maintained a list of countries considered troublesome for Israel and thus targeted for “regime change,” including Iraq, Syria and Iran. In 2003, the neocons got their chance to invade Iraq, but the easy victory that they predicted didn’t exactly pan out.

Still, the neocons never revise their hit list. They just keep coming up with more plans that, in total, have thrown much of the Middle East, northern Africa and now Ukraine into bloodshed and chaos. In effect, the neocons have joined Israel in its de facto alliance with Saudi Arabia for a Sunni sectarian conflict against the Shiites and their allies. Much like the Saudis, Israeli officials rant against the so-called “Shiite crescent” from Tehran through Baghdad and Damascus to Beirut. [See Consortiumnews.com’s “Congress Cheers Netanyahu’s Hatred of Iran.”]

Since Iran is considered the most powerful Shiite nation and is allied with Syria, which is governed by Alawites, an offshoot of Shiite Islam, both countries have remained in the neocons’ crosshairs. But the neocons don’t actually pull the trigger themselves. Their main role is to provide the emotional and political arguments to get the American people to hand over their tax money and their children to fight these wars.

The neocons are so confident in their skills at manipulating the U.S. decision-making process that some have gone so far as to suggest Americans should side with al-Qaeda’s Nusra Front in Syria or the even more brutal Islamic State, because those groups love killing Shiites and thus are considered the most effective fighters against Iran’s allies. [See Consortiumnews.com’s “The Secret Saudi Ties to Terrorism.”]

The New York Times’ star neocon columnist Thomas L. Friedman ventured to the edge of madness as he floated the idea of the U.S. arming the head-chopping Islamic State, writing this month: “Now I despise ISIS as much as anyone, but let me just toss out a different question: Should we be arming ISIS?”

I realize the New York Times and Washington Post are protected by the First Amendment and can theoretically publish whatever they want. But the truth is that the newspapers are extremely restrictive in what they print. Their op-ed pages are not just free-for-alls for all sorts of opinions.

For instance, neither newspaper would publish a story that urged the United States to launch a bombing campaign to destroy Israel’s actual nuclear arsenal as a step toward creating a nuclear-free Middle East. That would be considered outside responsible thought and reasonable debate.

However, when it comes to advocating a bombing campaign against Iran’s peaceful nuclear program, the two newspapers are quite happy to publish such advocacy. The Times doesn’t even blush when one of its most celebrated columnists mulls over the idea of sending weapons to the terrorists in ISIS – all presumably because Israel has identified “the Shiite crescent” as its current chief enemy and the Islamic State is on the other side.

But beyond the hypocrisy and, arguably, the criminality of these propaganda pieces, there is also the neocon record of miscalculation. Remember how the invasion of Iraq was supposed to end with Iraqis tossing rose petals at the American soldiers instead of planting “improvised explosive devices” – and how the new Iraq was to become a model pluralistic democracy?

Well, why does one assume that the same geniuses who were so wrong about Iraq will end up being right about Iran? What if the bombing and the subversion don’t lead to nirvana in Iran? Isn’t it just as likely, if not more so, that Iran would react to this aggression by deciding that it needed nuclear bombs to deter further aggression and to protect its sovereignty and its people?

In other words, might the scheming by Bolton and Muravchik — as published by the New York Times and the Washington Post — produce exactly the result that they say they want to prevent? But don’t worry. If the neocons’ new schemes don’t pan out, they’ll just come up with more.

Investigative reporter Robert Parry broke many of the Iran-Contra stories for The Associated Press and Newsweek in the 1980s. You can buy his latest book, America’s Stolen Narrative, either in print here or as an e-book (from Amazon and barnesandnoble.com). You also can order Robert Parry’s trilogy on the Bush Family and its connections to various right-wing operatives for only $34. The trilogy includes America’s Stolen Narrative. For details on this offer, click here.