The truth about the Syrian boy viral photo. Its really a story of two boys! 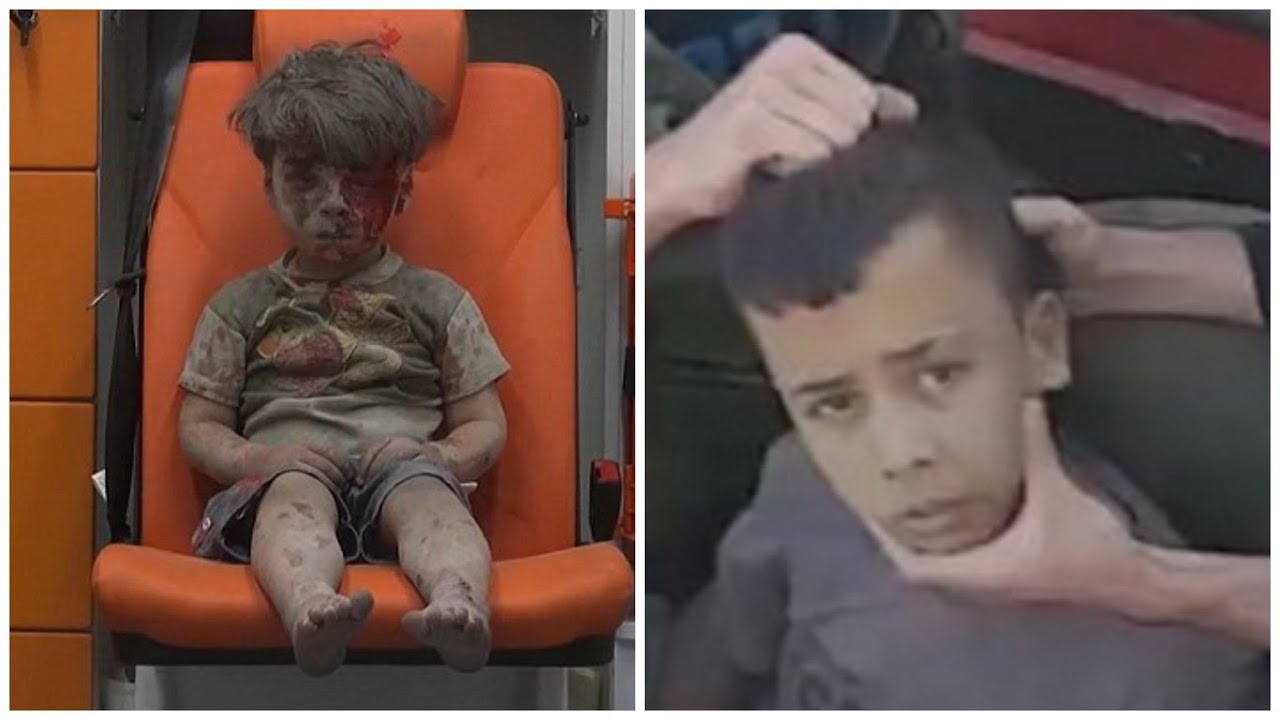 This video shows clearly how propaganda is being used to stir up emotions for war and oddly enough in support of ISIS terrorists.

The fact that that the video is a fake is based on evidence not an emotional decision. The evidence is overwhelming.  The mass propagandizing of this picture has greater consequences as clearly illustrated in the short video above.

But considering who snapped Omran's picture and filmed him, what appears to have taken place is much more sinister and revolting. The source of Omran Daqneesh's notoriety is one Mahmoud Raslan, an "activist" linked to none other than the US-UK-Soros-financed White Helmets, aka Al-Qaeda's clean-up crew. On top of that, Raslan was pictured not too long ago with none other than CIA-Saudi-backed Harakat Noureddine al-Zinki, the Takfiri maniacs who beheaded 12-year old Palestinian boy Abdallah al-Issa in Handarat Camp last month.

“And then when it is processed how swiftly Omran's photo spread throughout the Zionist media, from The Guardian to CNN, Al-Jazeera to the BBC, Al-Arabiya to Fox News, CBC to ABC, AP to Reuters to AFP and so many others, it is beyond any doubt that this was pre-planned and well-organized, not the "find of a lifetime" by a "citizen journalist". Omran Daqneesh's photo is now plastered across the globe to correspond with the increasingly desperate situation for the terrorist bottom-feeders in Aleppo. Unable to stop the advancement of the Syrian Arab Army and its allies, International Zionism and its NGO-Human-Rights-Industrial-Complex led by the White Helmets created this event in an attempt to pressure the Resistance Axis into accepting a ceasefire.

It's the same script the Zionists use every time. They did it with Aylan Kurdi. They did it in the early days of the "Syrian revolution" with Hamza al-Khatib. They did it in the Gulf War with the notorious "incubator babies" scandal. They did it two years ago with the false flag killing of the criminal Jewish settler teenagers in the West Bank. Need a pretext to implement a strategic geopolitical objective? Bring out the dead children! Ain't got no dead children?! Pull some dead children out of thin air! Or, in Omran Daqneesh's case, put some tremendously sophisticated, Spielberg-style make-up on him and subsequently tell the Earth he's "shellshocked". There are real killings and real injuries befalling Syria's children. Daily. As well as Yemen's children. Daily. And Iraq's children. Daily. None of them, these martyrs and wounded of Zio-Imperialist-created terrorism, will be at the top of the Zionist media's websites tomorrow.

Here is the full translated video of the boys murder for any skeptics, watch it at your own risk. https://my.mixtape.moe/vkzsxr.mp4