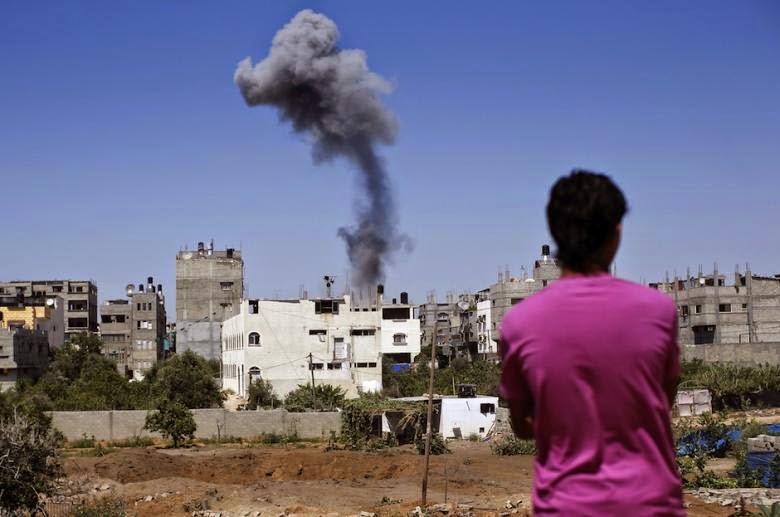 The argument about Hamas forcing people to stand as human shields is one Israel regularly trots out, despite the fact that such claims have been dismantled in the past, and that the IOF is itself guilty of using such tactics repeatedly.
But the “human shield” argument is a convenient excuse for Israeli forces to continue with tactics that they know full well will lead to many civilian casualties while rejecting any responsibility for these deaths. Palestinians living in Gaza are not granted the luxury of being considered innocent civilians in Israeli rhetoric; dead Palestinian men, women and children are all guilty of standing in the way of Israeli weapons, despite the fact that there is nowhere to run in the open-air prison that is Gaza.
Dehumanization of Palestinians and demonization of the Palestinian struggle are essential tools of the Israeli military machine in order to continue justifying expansive military action while maintaining its discourse of victimization.