Editor's Note: We apologize for all the pictures not appearing in the article but all the links are accessible.

Since US media are reporting the latest Israeli massacre in Gaza as though it is a defensive action, I thought I would set the record straight. Israeli forces shelled and invaded Gaza BEFORE the rockets began. Rockets were fired only after numerous Palestinians, including many children, had been killed.
According to a pro-Israel website, the Jewish Virtual Library, Gaza rocket fire against Israel began in 2001. Four rockets were launched in the entire year.
The Israeli military website agrees with this chronology, saying that the first rocket was launched from Gaza on April 16, 2001.
By happenstance, I was traveling throughout the Palestinian Occupied Territories just before that – during February-March 2001 – as a freelance reporter.
While I was there, Israeli forces were regularly shelling both the West Bank and Gaza, and had been doing so for several months. Gaza was particularly hard hit. (An article I wrote at the time can be read here.)
Below are some of my photos from Gaza from February 2001 (i.e. BEFORE any rockets had been fired, and long before Hamas was elected in 2006.) 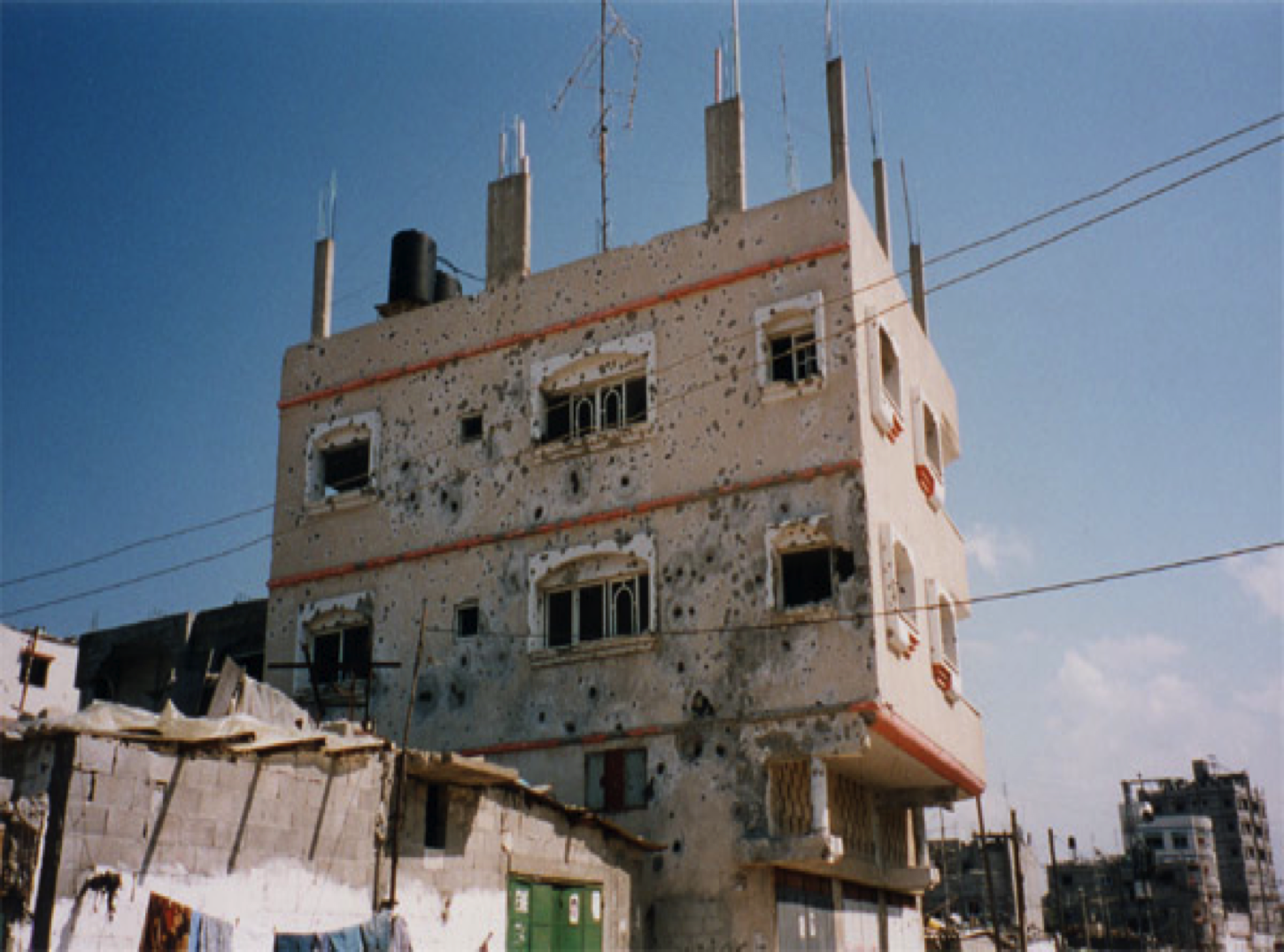 Palestinian 12-year-old boy shot by Israeli forces in Feb 2001; brain dead. Photo by Alison Weir
A few months before, in fall 2000, massive unarmed demonstrations against Israeli occupation began, eventually growing into what is known as the "Second Intifada" (uprising).* Israeli forces immediately used lethal means to try to put this down. An Israeli newspaper reported that the Israeli military fired over a million bullets in the first few days alone.
In the following three months Israeli forces killed over 90 Palestinian children – before a single Israeli child was then killed, and long before any rockets were fired. (The largest single cause of these Palestinian children's deaths was gunfire to the head.)
In fact, in every year since, far more Palestinian children have been killed than Israeli children:

For additional charts with statistics on both populations go to http://www.ifamericansknew.org
Israeli shelling, military ground invasions, and abductions of Palestinians have continued throughout the following years, occurring, except for few  ceasefires (which Israeli violence consistently ends), virtually every day.
Some groups (usually not Hamas), have also periodically fired rockets at Israel through these years.
During that time Israeli forces killed 4,000 Gazans, while Gazan resistance fighters using rockets killed 27 Israelis. On average, Israelis have killed a Palestinian child every three days.
By the way, the Iron Dome sysem has played a somewhat minimal role in the small number of Israeli deaths from rockets. Iron Dome wasn't begun to be put in place until March 27, 2011. In the ten years before, there were only 17 deaths. For a full analysis go here.
Who  originally began this violence?
Of course, the conflict between the two groups began before fall 2000, so let us go back and see how this all started, and which party initiated the violence.
That's actually quite easy to do.
You don't need to go back "thousands of years," as some people believe. In reality, in the late 1800s this region – known as Palestine – was peaceful and had been so for centuries. Its population was about 80 percent Mulim, 15 percent Christian, and a little under 5 percent Jewish; all practicing their faiths side by side largely without conflict on land considered sacred to all three groups.
The problem began when a political movement called "Political Zionism" began in the late 1800s in Europe (and also in the United States) with the goal of pushing out the inhabitants and creating a Jewish state on this land.
The culmination of their efforts came in 1948-49, when Israel was created through warfare. At least 750,000 of Palestine's non-Jewish inhabitants, approximately half of the total population, were ethnically cleansed, their lands, businesses, orchards, and other property (worth many millions of dollars) confiscated by the newly created Jewish state, Israel.
The Palestinians' crime was being there.
By the way, the belief – also pushed by US media – that the current wave of violence began with the abduction and murder of three young Israelis is also incorrect.
The fact is that Israeli forces had killed at least 4 Palestinian children and approximately 35 Palestinian adults in 2014 BEFORE the abduction/murder of the 3 Israelis.
Also, one of the largest group hunger strikes in history was going on among Palestinians who were being held illegally in Israeli prisons -- these "administrative detainees," Israel's Orwellian term, are prisoners who have never even been charged with a crime, yet are held for months or years. Many are tortured.
Even JJ Goldberg, a fervently pro-Israel journalist, says that Israeli "politics and lies" are behind Israel's current aggression.
The pro-Israel spin, despite being repeated over and over, just doesn't survive the facts.
For a synopsis of the history go here, for a more thorough discussion go here, for the US history go here.)
An account by another person who visited Khan Yunis (this is also spelled Khan Younis) a year later can be read here. Below is one of his photos: Tofah area of Khan Younis, March 2012. Photo by John Caruso
And below are some photos I took when I was last in Gaza, July 2009:

Gaza, July 2001. Photo by Alison Weir
___________
* This is also sometimes called the "Al Aqsa Intifada," after the location where some of the first demonstrations began.
"Intifada" literally means "shaking off" of oppression. The American Revolutionary War, for example, could be similarly called the American Intifada against the British.