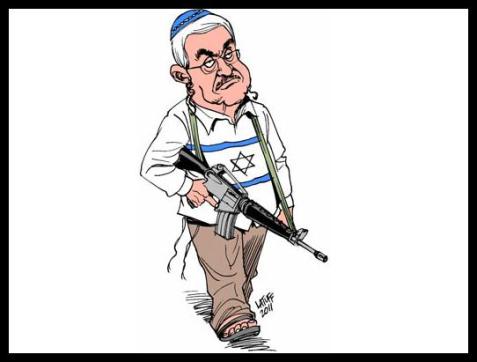 just maybe,
This is what they had planned all along, getting Hamas to join a Unity government but with the sole intention of Abba sans his corrupt Cronies taking complete control. I would not be surprised if Israel then replaces Abbas with someone like their stooge, Mohammad Dahllan.
Of course if Hamas turns this down, then accusations galore about Gaza not wanting peace etc
GazaUnderAttack~~ EGYPTIAN ‘INTELLIGENCE’S’ LACK OF SAME REGARDING PEACE IN GAZA
Egyptian ceasefire plan introduces PA control in Gaza
YNET. ISARELI MEDIA
Analysis: Israel seems prepared to accept passage of goods, people between Gaza, West Bank; diplomats considering release of prisoners withheld during peace talks.
Egypt’s intelligence chief, Major General Mohamed Ahmed Fareed Al-Tuhami, is taking action at ceasefire talks in Cairo to consolidate an initial agreement focused on a ceasefire and humanitarian relief.
According to the emerging agreement, Palestinian President Mahmoud Abbas and his Palestinian Authority (PA) will have control over the Philadelphi Route to prevent further construction of smuggling tunnels beneath the border between Egypt and Gaza.
By following this plan, Abbas and forces under the PA would be responsible for monitoring or destroying entrances to smuggling tunnels on the Palestinian side and the Egyptians would do the same from Sinai as they have done up till now.
==============================================

'Brilliant and ethical' English professor 'loses his job' at top U.S. university after posting a series of anti-Israel Tweets

A ‘brilliant and ethical’ professor has lost his job at a major U.S. university over his anti-Israel remarks on Twitter, it has been claimed.
Steven Salaita had been offered a role at the University of Illinois on the American Indian Studies course – and the appointment was expected to be confirmed.
But according to the Huffington Post, there have been reports that his outspoken criticism of Israel’s part in the Gaza conflict may have cost him his job.
In one Tweet he told his followers: 'It's simple: either condemn Israel's actions or embrace your identity as someone who's okay with the wholesale slaughter of children.’
Another read: 'Only Israel can murder around 300 children in the span of a few weeks and insist that it is the victim.'
On the same day he wrote: 'It's quite simple, really: don't support any ideology whose practice results in dead children.'
According to the Huffington Post, the university has yet to comment on why the appointment was blocked.
Webmaster's Commentary:
The story is that a local Jewish group contacted the University and threatened "action" if Salaita was hired. Now they are saying that even though they did send such a message, they are not responsible for the university's decision.
What is important to keep in mind is that Salaita did not make these remarks in the classroom, but in his private life. This underhanded campaign to ruin his career is a violation of his right to Freedom of Speech under the First Amendment and everyone who took part in this fiasco is an enemy of America and what it stands for.

Ban ki Moon is not at the top of the UN. He is yet another Zionist Rothschild Puppet just like Obomba, Netanyahu etc which explains his pro Zionist, pro Israel stance. He cannot do anything unless he is told to do so by his Master

By: Blacklistednews The General Secretary of United Nations (UN) Ban Ki-Moon collaborated in secret with Israel and the United States to weaken the effects of a Board of Inquiry's report accusing Israel of human rights violations in Gaza in Dec. 2008 – Jan. 2009. Wikileaks released documents on Friday that revealed that Ban wrote a letter to the UN Security Council asking its members not to take recommendations by the UN Board of Inquiry about Israeli bombings in Gaza into account.

The following open letter signed by 129 organizations and distinguished individuals was sent to UN Secretary-General Ban Ki-moon on 5 August:
For humanity and the little remaining credibility of international law:
UN Secretary-General, Ban Ki-moon, stand for law and justice or resign!
Mr. Secretary-General Ban Ki-moon,
We, the undersigned Palestinian human rights and community-based organizations, are extremely disappointed by your performance, notably by your biased statements, your failure to act, and the inappropriate justification of Israel’s violations of international humanitarian law, which amount to war crimes.
Until today, you have taken no explicit and tangible measures to address the recent Israeli attacks in the occupied Palestinian territories since 13 June. Moreover, your statements have been either misleading, because they endorse and further Israeli false versions of facts, or contrary to the provisions established by international law and to the interests of its defenders, or because your words justify Israel’s violations and crimes.
https://wikileaks.org/plusd/cables/09…
http://electronicintifada.net/content…41 Total Views 41 Views Today

Baroness Warsi exclusive interview: 'I want to be able to live with myself after politics'

Warsi reveals she said she finally made up her mind to quit following a meeting on Tuesday morning with the new Foreign Secretary Philip Hammond. "I spoke to him that morning at about 7am at some length about accountability, what next and how do you rebuild the 40 per cent of Gaza that has been destroyed," she says. "And I got no indication that we had any clear thought or process about how that would happen or how we would push to make it happen.
"I was absolutely unconvinced that there would be any accountability for what had happened. I got a very clear sense that it was going to return to business as usual. I therefore thought I needed to resign."
She said that in the previous weeks leading up to her departure, she felt increasingly isolated in Government, and revealed that even Danny Alexander, the Liberal Democrat Chief Secretary to the Treasury, had remained silent at a key meeting on the need for an arms embargo against Israel.
==========================================================

Israel Has Morally Compromised its Supporters

Israel and the West are complicit in mass murder in Gaza. Should they suffer the same fate as Gazans,they won't have any moral recourse.
by Henry Makow PhD.
As friction with Russia threatens to escalate, this isn't a good time for Zionists to embrace the principle of collective punishment and to relinquish their moral authority.
Yet this is exactly what has happened to those who have endorsed Israel's abominable and disproportionate assault on Gaza which has killed 1900 people, 70% of whom were civilians, including 415 children.
Why have Israel's actions been so egregious, given the lack of genuine provocation?
More than 10,000 Gazans have been injured. 373,000 children require psychological support. 500,000 Palestinians have been displaced with 187,000 still living in U.N. emergency shelters. An estimated 10,000 homes have been completely destroyed, and 30,000 homes partially destroyed.

In comparison between the former South African racist regime and current Zionist regime occupying Palestine, there are similarities, although the Zionist occupation is 'tougher' since it is substitutive colonialism. However, Segregation and oppression are two common similarities between the two cases. In South African Apartheid regime, the black native citizens were forced to live separately in lower sanitation than white citizens, especially the Dutch who controlled the state politically and economically. Moreover, Segregation was applied in almost all governmental services, such as schools, transportation, neighborhoods and streets. Black protesters were brutally oppressed. Thousands of Black South Africans were tortured and and sent to jails.
Prev Next