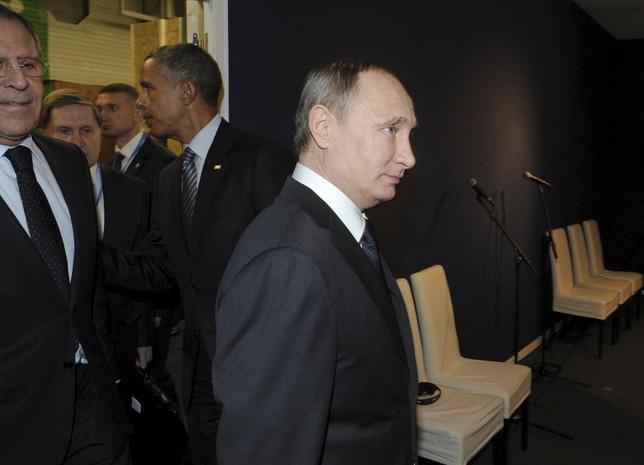 Russian President Vladimir Putin said on Monday the reason Turkey downed a Russian warplane last week was that it wanted to protect supplies of oil from Islamic State.

Putin, speaking at the global climate conference in Paris, added that the decision to shoot down the plane was a "huge mistake" and that he had not met Turkish President Tayyip Erdogan on Monday, despite them both being in Paris.

"We have received additional data which confirm that Islamic State oil ... enters the territory of Turkey," Putin said. "The decision to shoot down the plane was dictated specifically by a desire to defend supplies."

Relations between Russia and Turkey have nosedived since Turkey shot down the Russian bomber near the Syrian-Turkish border on Nov. 24.

Turkish officials have said the plane violated Turkish airspace and had been warned repeatedly. Moscow says the aircraft was over Syria, where Russia is carrying out an air campaign to support the forces of President Bashar al-Assad in a four-year-old civil war.

Putin on Saturday signed a decree imposing economic sanctions on Turkey, while Erdogan has said Turkey will not apologize over the incident.

On Monday Russia said the ban would be mainly of agricultural products and it might expand the sanctions if needed.

#1 Putin says Turkey shot down Russian plane to defend IS oil supplies — Форма 8 апк бланк 2017-11-17 13:16
I am regular visitor, how are you everybody?
This article posted at this web page is actually nice.
Quote
Refresh comments list
RSS feed for comments to this post